Our superb cheeses continue to collect awards around the world. This time it’s our pure sheep’s cheese Señorio de Montelarreina Gran Reserva, which takes the silver medal at the World Championship Cheese Contest 2018, one of the most prestigious cheese competitions in the world.

Held at Monona Terrace Convention Center in Madison, Wisconsin, the event is organised by the Wisconsin Cheese Makers Association. Judges were impressed by the flavour, properties and quality of Señorio de Montelarreina Gran Reserva, winning it the silver medal in the category of Hard Sheep’s Milk Cheeses.

Señorío de Montelarreina Gran Reserva has been a winner in numerous competitions, both in Spain and internationally, where it has been recognised particularly for its taste, aroma, colour and delightful texture. This is made possible thanks to our innovative production process, which allows us to respect the traditional recipe while employing the latest technology and know-how in production. Tradition, passion and quality are brought together to make a product that captivates all who taste it.

At Reny Picot we are proud that our cheeses continue to gain international recognition. It is the fruit of all the effort, care and commitment of everyone in our team. 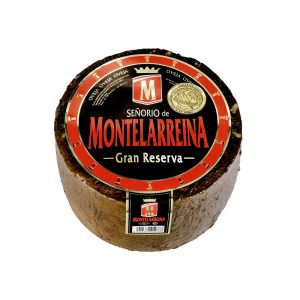