Expectations met for Reny Picot at Gulfood, with record participation of Spanish business

A total of 186 Spanish businesses, among them Reny Picot, have taken part in the latest edition of the foremost food and agriculture event in the Persian Gulf.

This 20th edition of Gulfood, held on 8-12th February at the Dubai International Convention and Exhibition Centre, managed to bring together more than 4,800 companies from more than 120 countries, receiving some 80,000 visitors to its various pavilions during the five days of the show.

Reny Picot welcomed some 120 visitors to its stand during the show, stirring interest in our brand in more than 40 countries, of which the large majority were of the Persian Gulf. The excellent location we enjoyed in the Official Spanish Pavilion gave us the opportunity to put on a splendid exhibition of our products, including many tastings. These have allowed us to deepen our knowledge of the market demands of the most Eastern countries, markets in which dairy products are increasingly important, and in which sheep cheeses have left a significant impression among our visitors. 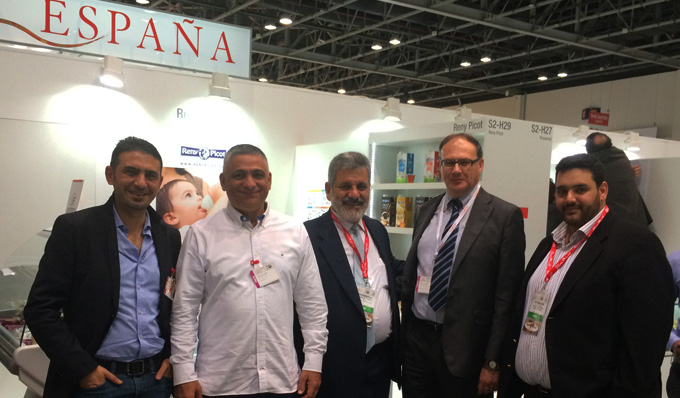 This year again it was the Spanish Institute for Foreign Trade (ICEX) that was charged with the organisation of Spanish participation in the event. The Official Pavilion was comprised of two zones with a total floor space of around 1,300m2, and a total of 186 Spanish businesses in the food and agriculture sector were there to present themselves, with almost every Spanish province represented. This marks a record high for Spanish attendance at this event.

This high attendance is motivated in large part by the professional character of the event, and by the attraction of a food market that stands out for various reasons. For one thing, it depends to a great extent on imported produce, which constitutes close to 90% of the market, and trends point towards an increasing population and consumption in counties such as the United Arab Emirates and Qatar. Also, Dubai has become a hub for re-exportation to the entire Middle East, with around 30% of food imports being shipped on to other countries in the region, reaching more than 40 million inhabitants of the Gulf. To this figure can be added other countries in the region such as Iran, Afghanistan and Pakistan, bringing the target market to around 300 million. Spanish food and beverage exports to the United Arab Emirates reached 301 million euros in the period January to November 2014, representing a 5.43% increase on the same period of the previous year. 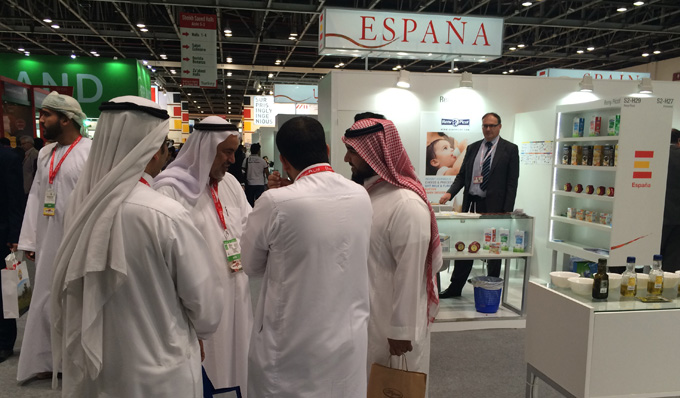 Further highlights of this year’s event have been Gulfood Conferences, a series whose theme was innovation in the food industry, as well as the sixth edition of Gulfood Awards, organised by DWTX. Gulfood Awards consists of six categories and 10 prizes, awarded to the most pioneering companies in the sectors of food, beverages and hospitality.

Equally exciting has been the Emirates International Salon Culinaire, organised in association with the Emirates Culinary Guild, showcasing the skills of some 1300 professional chefs. This year’s competition was presided over by a panel of 25 eminent experts drawn from the World Association of Chef Societies.